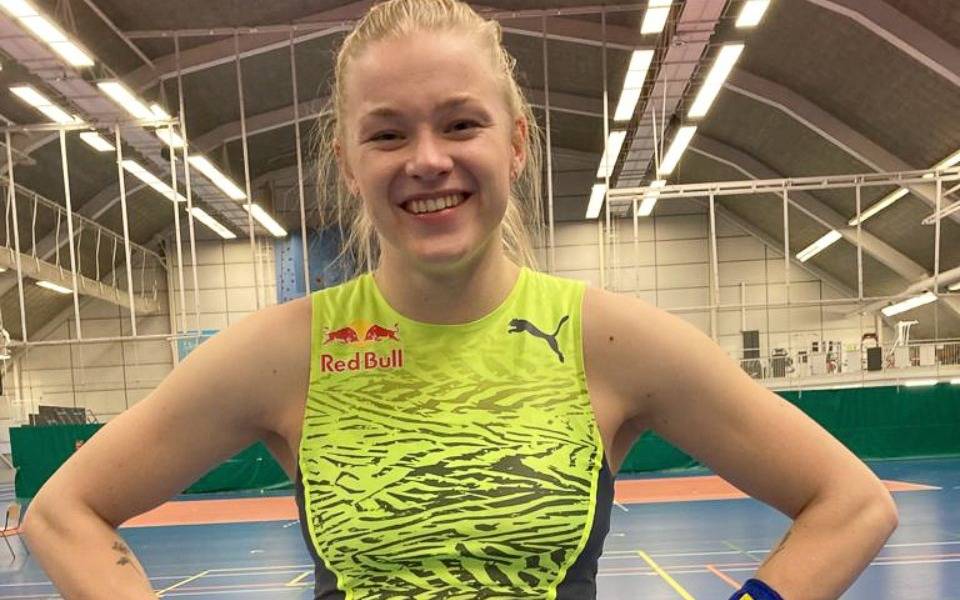 Athletes from all over the continent are warming on the track prior to preparation for the European Indoors.

Athletes from all over the continent are warming on the track prior to preparation for the European Indoors. In the first weekend of January, several impressive marks were recorded despite the early season.

Wilma Murto, 24-year-old European outdoor pole vault champion, has broken Finnish national indoor record on January 7. Murto, who has a PB of 4.85m from Olympiastadion in Munich last summer, opened up her indoor campaign with eye-catching 4.75m fly in special PV meet in Kuortane. She cleared that height at first attempt, then missed out on 4.80m in the series.

In British circuit, BMC Grand Prix was held in Sheffield where 22-year-old Isabelle Boffey clocked world-leading mark in 800 metres. She ran in Race A and finished 2:00.99 to distant win and established a PB as well, beating previous outdoor best.

Bulgarian up-and-comer Bozhidar Saraboyukov has jumped 7.96 national U20 record in Sofia Indoor Meet. The 2004-born multi-event talent has clinched a silver medal in high jump at last summer’s World U20 Championships in Cali.

Portuguese sprinter Arialis Gandulla has registered herself amongst the 60 metres qualifiers for Euro Indoors. Gandulla clocked 7.23 in Lisbon to establish an early world-lead and to book a ticket to Istanbul 2023. Meanwhile, Portugal has already two female sprinters who qualified to European Indoors with the addition of Lorena Bazolo.

Another positive season-start in sprints came from Luxembourg’s Patricia van der Weken, national record holder (7.21) in 60 metres. She registered the first official mark of the season in Luxembourg with 7.32 – a good opener before upcoming meets.

One of the Istanbul 2023 Championships Ambassadors, 23-year-old Turkish star Tuğba Danışmaz also started her season at the weekend. European U23 triple jump champion Danışmaz contested in Indoor Trial Meets on the brand-new track in Bursa, where she marked 13.85 and 6.21 respectively in triple and long jump. High jumper Buse Savaşkan also cleared 1.87 metres in her first competition – just one centimetre less than her lifetime best.

Stars gear up for Istanbul