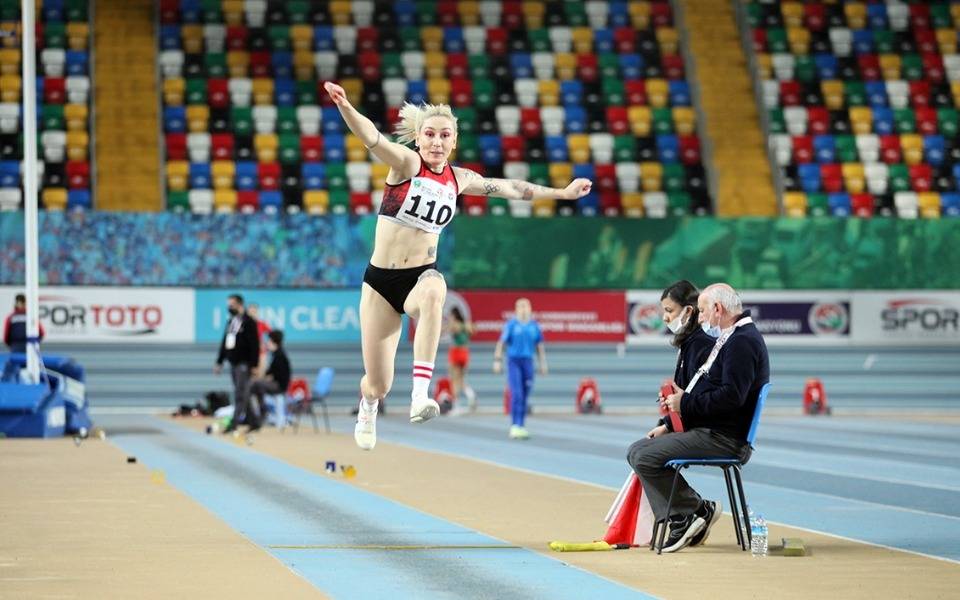 Triple jump Turkish record holder Tuğba Danışmaz, who made great progress during the past two seasons, is aiming big at the European Indoors in Istanbul.

European U23 champion Tuğba Danışmaz is stepping up her training for the 2023 European Athletics Indoor Championships to be held in Ataköy. The 23-year-old, who is currently in pre-season training camp in Mersin, is locked in for stepping on the podium next March at Ataköy Athletics Arena, for a historic milestone.

Danışmaz, who improved her marks year-by-year after having started to train with coach Cahit Yüksel in 2019, targets the European Athletics Indoor Championships in Istanbul as her biggest goal. The Turkish record holder underlined her consistent marks indoors and said, “Why not a new record and even a gold medal in the arena where I broke the national record numerous times, before home crowd? I know I can do this.”

Tuğba, who changed her social media username into “Gold Medal” in a humorous reference, seems to have found a smart way of reminding herself the goal she set every time she logs into her account.

Tuğba Danışmaz is responsible for relaying the message of “upcycling” as one of the ambassadors of Istanbul 2023. Tuğba summarizes her mission as, “As we face forward to future, we wanted to underline the concept of upcycling as a statement of this. For a more habitable future we need to centralize recycling in our lives.”